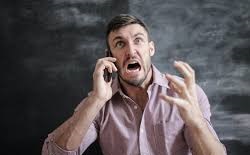 Singer Cao Ge blew himself up with bipolar disorder and could not manipulate his own thinking to shut out his family. The man in the movie "The Ignorance of the Mind" suffers from manic depression. When mania occurred, a man gulped chocolate in the supermarket, and passersby took pictures and posted them on the Internet. He is called a psychopath. Only they can know that bipolar disorder is at work, and they don’t want to but can’t control themselves.

In my eyes, they are more like helpless children, immersed in their own world, not understood by the world, not knowing how to express themselves, but solving problems in their own way. Either draw, or write, or eat chocolate to ease it.

Once a close friend was diagnosed with bipolar disorder. When we were chatting, she told me that when she was excited, she could stay up all night. She was full of inspiration, very excited, and felt endless strength. If you are not careful with It's hard to calm down when people have conflicts. In the eyes of others, she is like a madman; but when her energy is exhausted, depression will dominate. She is very decadent. She doesn't want to meet people and don't want to socialize. She hates this kind of self. Blaming herself for being constantly immersed in depression, she used to just lie in bed and watch a drama during a week and she didn't even want to eat. When it was serious, she felt that her life had lost hope, and she was very painful during that time. She began to study her own problems, went to professional psychological consultation, and slowly eased.